What an intense year we just had!  I think that 2015 will go down as one of the most eventful years in history.  Think about all that happened for good and for ill:

And these are just some of the top stories.  Two thousand fifteen was anything, but dull.  And one can only wonder what 2016 holds?  Who will be our next President?  Who will win the Oscar for Best Picture?  What will happen in the world of sports?  What will be the latest trend?  Some predictions include:

No, no one knows for sure what 2016 can bring.  But there is one prediction I believe that I can make with absolute certainty.  It comes from the Gospel of John:  “The light shines in the darkness and the darkness cannot and will not overcome it.”

Our scripture passage this morning is filled with light. First, the wise men, the magi, astrologers predicting the future by reading the nighttime sky see a light.  Many have wondered about that light.  Was it a supernova, a comet, an unusual conjunction of planets?  Chinese astronomers noted a bright comet around 4 BCE.  Modern astronomers know Halley’s Comet appeared in 12 BCE.  Astronomical calculations indicate there was a rare conjunction of Jupiter, Saturn and Mars in 6 BCE.

Interestingly, the Bible is silent on the specifics of the star.  The Greek word here in the Bible is vague.  It simply means a general bright object in the sky.  Since the gospel writers are silent about such mysteries, I wonder if they are encouraging us to be silent as well. The wise men remind us that we would do well in following the light with wonder and awe and great hope.

Secondly, the light is a symbolic statement about Jesus – his birth is the coming of the light that draws wise men (and women) to his radiance.

A key name in the Christmas story is the word “Emmanuel.” Biblical scholars have concluded that “Emmanuel” is the oldest name for God in the Bible and what it means is “God-with-us.” Notice what it does not mean: Not God over us; God above us; God outside us; God judging us; God condemning us.  None of these. Rather God-with-us, God among us, God in our midst. More a panentheistic God than a theistic God. A theistic God is a God outside us, God as object. A panentheistic God is us in God and God in us.  (Matthew Fox, “Toward a More Than Literal & More Than Rational & More than Capitalist Christmas” article, ProgressiveChristianity.org, December 23, 2015).

Jesus, Emmanuel, the Cosmic Light, led the Wisemen to discover the sacred in the ordinary, the holy in the mundane, the Divine in the human.  Jesus does the same for us. Jesus shines a light in areas where we may choose to be in the dark.  In other words, we recognize the presence of the sacred in places we may be reluctant to look: in the stables of our lives, among the downtrodden in our society, in refugees (for Jesus himself was a refugee), in people who are different from us. Yes, Jesus brings light to our darkness.

Finally, after the Wisemen encounter Jesus, they are warned in a dream to go home another way.  Yes, the Magi took a different route home – steering clear of Jerusalem, avoiding Herod.  But they also took a different path.  Their lives were changed after encountering the light of Christ.  The Magi found another way to live.  I imagine that they didn’t need a light to lead them home because now they had the light within them.

Matthew Fox says this, “Christmas Day is not so much a Birthday Party for Jesus – as much as it is a Birthday Party for the Christ in all of us, the Buddha Nature in all of us, the Image of God in all of us yearning to come alive and be born finally…throwing off the shackles of fear and lack of self-worth to take on the dignity and responsibility of being God-like; of being fully alive” (ProgressiveChristianity.org, December 2015).

Yes, the Wisemen discovered the light of Christ within themselves.  And there is a light within you that shines, too – even in the darkness.  Jesus says, “You are the light of the world!”   Whatever happens in 2016 – the light will continue to shine because the Divine has placed the light in you!  This is why I believe I can make my 2016 prediction with absolute certainly.  “The light shines in the darkness and darkness cannot and will not overcome it!”  Why?  Because of you!

I would like to share with you some images of that incarnational Divine light from around the world:

Many Jews and Muslims are destroying each other in the Middle East, but there are some willing to imagine a different kind of kingdom, one of peace and harmony.  “And the light still shines…” 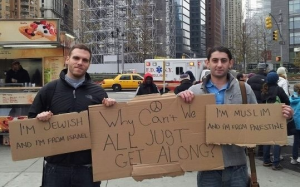 Or how about Christians protecting Muslims during prayer in the midst of uprisings in Cairo, Egypt?   “And the light still shines…” 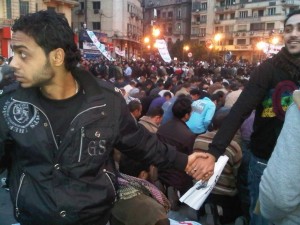 Here are 100,000 monks gathered together to pray for peace.  “And the light still shines…” 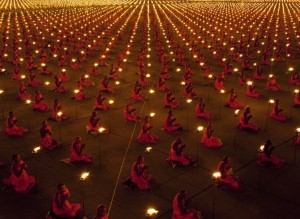 Even within our own Christian religion, Catholics and Protestants have fought bitterly.  Many Catholic cemeteries will not allow Protestants to be buried in their cemetery and vice versa.  But this couple imagined a different world.  The husband was Protestant.  The wife was Catholic.  They lived in the Netherlands.  “And the light still shines…” 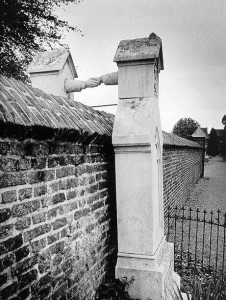 Genocide in Rwanda was horrifying.  But someone dreamed of dancing even in the midst of ashes.  This is the first and only post-genocide ballet school in Rwanda and it brings hope to the people.  “And the light still shines…” 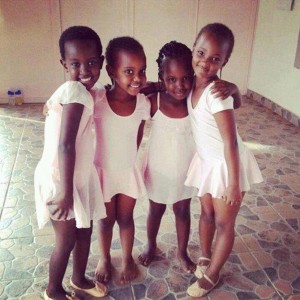 In the Bible, Isaiah speaks of the Peaceable Kingdom, where all of creation will live in harmony together, people and animals – in the midst of a flood, this person risked his life to save a part of God’s creation.  “And the light still shines…” 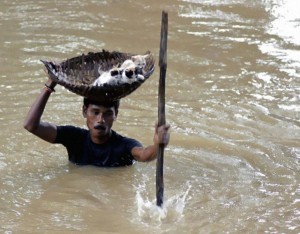 Or how about feeding one of God’s bigger cats? 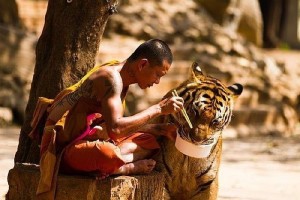 A 6 year old boy living in an orphanage on the opposite side of the world rejoices over a new pair of shoes.  “And the light still shines…” 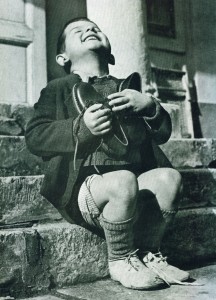 There have been many diverse emotions and thoughts, about undocumented persons entering into the U.S.  In the midst of conflict, U.S. Americans and Mexicans play a game of volleyball over the border in Arizona.  “And the light still shines…” 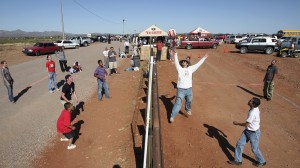 In the midst of the protests and the riots across the country, a young black boy trembled holding a Free Hugs sign as he bravely stood alone in front of the police barricade. Tears rushing from his eyes and soaking his sweater, he gazed upon the police, not knowing how they would react. After a while, one of the officers approached him and extended his hand.    The officer said, “I am very sorry.” The officer then asked if he could have one of his hugs.  “And the light still shines…” 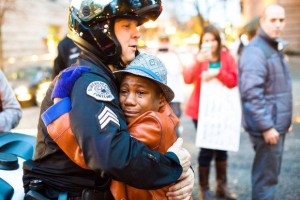 And finally, a story that came out of our Muslim dialogue in Covenant Hall a week ago.  Members of Isis have been hijacking buses and asking the passengers whether they were Muslim or Christian.  Muslims were allowed to get off the bus safely.  Christians were then shot. Recently, on a bus, the members of Isis hijacked a bus and asked the passengers whether they were Christian or Muslim.  Some Muslims even gave their head gear to Christians.  The Muslims on the bus refused to get off the bus.  The group from Isis did not know what to do.  So, they left all of the passengers on the bus unharmed. “And the light still shines…” 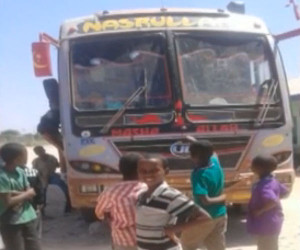 I do not know what 2016 will hold for us, but I do believe with absolute certainty that “The light will shine in the darkness and the darkness cannot, has not, and will not overcome it!”  Why?  Because you are the light of the world!  May your light shine brilliantly and boldly!